Air conditioners are a modern wonder. They’ve saved countless lives during heat waves, cooled giant servers to essentially make the internet possible, and in general, made life in warm places more comfortable. But keeping our indoor climate cool has ironically made the outdoor climate much warmer, and fixing the planet-warming effect of air conditioners is going to be one of the major challenges of the 21st century. For now, heating buildings is still a larger overall contributor to climate change than air conditioners, because more people use heat for more hours.

But air conditioning heats the planet in nefarious and subtle ways that are going to be harder to address. For example, to heat our buildings we burn fossil fuels, which releases heat and heat-trapping CO2. But air conditioning also burns fossil fuels, just out of sight. And that’s not their only problem. The way that air conditioners cool buildings is by moving heat from inside to outside. They can pump out enough heat to warm an entire city by a few degrees. And on top of that, when we get rid of our old air conditioners, most of their chemical refrigerants leak out and evaporate.

To avoid the immense global impact this will have, we’ll need to use the most efficient air conditioners and generate electricity in a way that doesn’t release heat or CO2. When we get rid of our old air conditioners, we’ll need to recycle or destroy their refrigerants rather than, you know, letting them leak out everywhere. And we’ll have to switch over to refrigerants that, even if they do leak, won’t trap heat. We’ll also have to figure out how to use less air conditioning, some of which we can do by using fans until it gets too hot, and some of which we’ll have to do by building buildings that are naturally cooler: buildings with shiny white roofs that reflect heat or green roofs that reflect, insulate, and evaporate; buildings with rooms that have windows on opposite sides so air can easily flow through, creating a natural breeze; and buildings whose walls are made of materials that can absorb lots of heat, without letting it inside, to keep people cool in the day and then release it overnight. And we’ll need to go even further by redesigning our entire cities to include more green spaces with trees that can provide shade, encourage hot air to mix with cool air, and cool the air themselves through evaporation. Or we could do nothing, but that definitely wouldn’t be.

Sorry, that first intro was a little rough and unexpected, just like we humans never expected that cooling ourselves off would actually heat ourselves up in the long run. And that’s kind of a pattern for us. We are masters of unintended consequences. It seems like for every action we take, no matter how well-intentioned it is, there’s a bigger and unanticipated reaction. Like fighting forest fires—that can’t be a bad thing, right? Well… Survivors of the 1871 fire in Peshtigo, Wisconsin, which vaporized 1.5 million acres of forest and killed 1500 people, reported a wall of flame five miles wide that traveled at 90 miles per hour and tossed trains into the air. Four decades later, an even larger inferno roared through the Rocky Mountains, scorching an area the size of Connecticut. These epic wildfires, and similar ones in between, helped spawn the US Forest Service and forged its aggressive policy to not only prevent wildfires, but to smother any that did start by no later than 10:00 a.m. the next day. And for a time, this policy seemed to work. The annual number of fires and area burned plummeted between 1920 and 1970, but fewer fires led to denser, more flammable forests packed with the combustible needles of young conifers and the tinder-dry branches of dead or dying trees. So despite a continuing decline in the number of wildfires since 1970, the average blaze today burns hotter, faster, and bigger than it used to. And the total area burned per year in the US has more than doubled. Costs have flared too. The Forest Service now spends 52% of its annual budget on fire prevention and suppression, up from 16% just 20 years ago. What’s more, wildfires will keep getting harder to tame as climate change turns forests hotter and drier and homes edge further into fire-prone regions. The good news is that we can prevent future wildfires from getting so wild by taming forests’ fuel supply now.

Essentially, this means letting some fires burn or even starting them ourselves when conditions aren’t too dry or windy—or selectively logging to thin out dangerously crowded growth. When and where we’ve used it, this strategy has made fires cooler, slower, and less destructive. For instance, when a blaze ripped through Okanogan County in Washington State in 2006, untamed swaths of forests lost 92% of their trees, while just 49% perished in areas recently thinned by cutting and controlled burns. And in 2002, parcels of recently burned land put the brakes on wildfires racing across Arizona’s pine forests. These and other successes have led forest managers to prescribe controlled burning for much of the fire-prone western US, but few forests actually receive their recommended dosage. That’s largely because, while the US Forest Service can, in theory, write prescriptions for every tract of land it manages, it relies on Congress for the money to fill them, and so far Congress allocates the vast majority of fire management funds to emergency measures rather than preventive ones. Plus, while emergency costs continue to surge, the Forest Service’s budget doesn’t. So fire managers are often forced to steal money from already meager fuel reduction programs to fight this year’s blazes, thus fueling the risk that next year’s fires will be costlier, deadlier, and more disastrous. So as counterintuitive as controlled burns may seem, it’s time for Congress to understand that by not playing with fire, they are playing with fire. And wildfires aren’t the only thing we’ve managed to make worse. Humans have inadvertently unleashed all sorts of plagues on our planet. While newer health threats grab most of the headlines, malaria (the mosquito-borne, cell-rupturing blood parasite) remains among the world’s deadliest infectious diseases.

But before we go blaming that on malaria, it’s worth noting that we humans made this parasite the killer it is today. That’s not to say we somehow invented malaria. It evolved way before we did, in Sub-Saharan Africa, likely from an aquatic algae that somehow began hitching mosquito rides into lots of animals and feasting on their liver and blood cells. Eventually, about half a million years ago, it landed in humans. But the earliest forms of human malaria weren’t actually that deadly. In fact, because human populations were so scattered and small, any mega deadly varieties of malaria would have quickly stranded themselves and fizzled out. Instead, the earliest malaria parasites wreaked slow havoc on their hunter-gatherer hosts, allowing themselves years to hitchhike from group to group. But then humans invented agriculture, which turned out to be a real game changer for malaria for two reasons: First, clearing forests for cropland increased the number of puddles, or as we might as well call them: mosquito sex dens. Second, our new stable food source led to bigger denser human populations. Enter Plasmodium falciparum, a new, nasty strain of malaria that had recently hopped over from gorillas to humans and just so happened to travel extremely well inside the very types of mosquitoes we were accidentally breeding. And despite being far deadlier than its predecessors, falciparum never fizzled out because ever-growing human settlements ensured that it never ran out of victims. Eventually, it spread through dense human populations around the world. And today, falciparum still kills nearly half a million people each year. Thanks, agriculture. Agriculture: bringing you better food, bloodthirstier mosquitoes, and deadlier malaria since 3000 BCE! (rapidly) Exact date uncertain. Arrived in Africa between 8,000 and 2000 BCE. See paleontology for details. Ugh, talk about a buzzkill. Someone once called MinuteEarth an “adorable preview for the end of the world.” And it can feel like that sometimes, especially when we’re talking about all the ways that we humans have messed up our planet, intentionally or not.

But it isn’t all bad news. Sometimes the unanticipated results of our actions can actually be the bomb! Or not-the-bomb? Well, you’ll see. Nuclear apocalypse would be pretty bad. So in the 1990s, most of the world’s governments formally agreed to a deal to outlaw tests of nuclear weapons. To hold each other accountable, they set up a global network of sensors that pick up the low-frequency waves that nuclear explosions send over long distances. With a few notable exceptions, most countries adhere to the rules. So nuclear tests are pretty rare, and the network mostly picks up signals from other sources like volcanoes, rocket explosions, ship engines, and even the vibrations of icebergs.

This background noise is a headache for the people listening for nuclear explosions, but it’s a boon for lots of other listeners who can also access the data with permission. For instance, instead of chasing down whales and attaching tracking devices to them, scientists can use their songs to estimate their locations. By listening to all the meteoroids that travel through Earth’s atmosphere, we’ve learned that there are way more out there than what we can see, suggesting that the risk of a city-destroying meteorite is as much as 10 times higher than we earlier believed. By monitoring active volcanoes or even setting off controlled explosions and measuring how little of the energy boomerangs back to the sensors, scientists have found that the winds way above Earth’s surface are faster and more variable than we thought, which is part of the reason our current weather forecasts aren’t that great. And speaking of forecasts, data from the network sensors also help us locate earthquake epicenters to provide better warnings about potential tsunamis.

The system may have been built to detect nuclear tests, but it’s led to an explosion of knowledge about our planet and to a lot more questions. Like what is responsible for all of the sound waves that we haven’t identified yet? Watson! Again? Okay. Brilliant does not sell human brains for dogs. Sorry, Watson. But it can help humans get smarter. Their online courses are an amazing way to truly get complicated math and science concepts by breaking them up into bite-sized pieces. The first 200 people to sign up for a premium subscription will get 20% off. So go to BRILLIANT.org/MinuteEarth and get your bigger brain now. 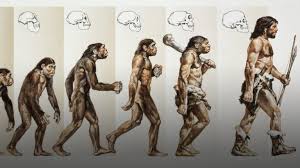 Hey, you won’t be surprised to hear that I’ve recently been thinking a bit more about epidemiology than physics. When I see daily news reports…