In the 1930s, Albert Einstein was upset with quantum mechanics. He proposed a thought experiment where, according to the theory, an event at one point in the universe could instantaneously affect another event arbitrarily far away. He called this “spooky action at a distance” because he thought it was absurd. It seemed to imply faster than light communication, something his theory of relativity ruled out. But nowadays, we can do this experiment, and what we find is, indeed, spooky. But in order to understand it, we must first understand spin.

All fundamental particles have a property called spin. No, they’re not actually spinning, but the analogy is appropriate. They have angular momentum, and they have an orientation in space. Now, we can measure the spin of a particle, but we have to choose the direction in which to measure it, and this measurement can have only one of two outcomes. Either the particle’s spin is aligned with the direction of measurement, which we’ll call spin up, or, it is opposite the measurement, which we’ll call spin down. Now, what happens if the particle spin is vertical, but we measure it’s spin horizontally? Well then, it has a 50% chance of being spin up, and a 50% chance of being spin down, and after the measurement, the particle maintains this spin, so measuring its spin actually changes the spin of the particle. What if we measure spin at an angle 60 degrees from the vertical? Well now, since the spin of the particle is more aligned to this measurement, it will be spin up 3/4 of the time, and spin down 1/4 of the time. The probability depends on the square of the cosine of half the angle. Now, an experiment like the one Einstein proposed can be performed using two of these particles, but they must be prepared in a particular way. For example, formed spontaneously out of energy. Now, since the total angular momentum of the universe must stay constant, you know that if one particle is measured to have spin up, the other, measured in the same direction, must have spin down. I should point out, it’s only if the two particles are measured in the same direction that their spins must be opposite.

Now here’s where things start to get a little weird. You might imagine that each particle is created with a definite well-defined spin, but that won’t work, and here’s why. Imagine their spins were vertical and opposite. Now, if they’re both measured in a horizontal direction, each one has a 50/50 chance of being spin up. So, there’s actually a 50% chance that both measurements will yield the same spin outcome, and this would violate the law of conservation of angular momentum. According to quantum mechanics, these particles don’t have a well-defined spin at all. They are entangled, which means their spin is simply opposite that of the other particle. So, when one particle is measured, and its spin determined, you immediately know what the same measurement of the other particle will be. This has been rigorously and repeatedly tested experimentally. It doesn’t matter at which angle the detectors are set, or how far apart they are, they always measure opposite spins. Now just stop for a minute, and think about how crazy this is. Both particles have undefined spins, and then you measure one, and immediately you know the spin of the other particle, which could be light-years away. It’s as though the choice of the first measurement has influenced the result of the second faster than the speed of light, which is, indeed, how some theorists interpret the result. But not Einstein. Einstein was really bothered by this. He preferred an alternate explanation, that all along the particles contained hidden information about which spin they would have if measured in any direction. It’s just that we didn’t know this information until we measured them.

Well, the results are different only 50% of the time. It doesn’t work, so the experiment rules out the idea that all along, these particles contain hidden information about which spin they will give in the different directions. So, how does quantum mechanics account for this result? Well, let’s imagine detector A measures spin in the first direction, and the result is spin up. Now, immediately you know that the other particle is spin down if measured in the first direction, which would happen randomly 1/3 of the time. However, if particle B is measured in one of the other two directions, it makes an angle of 60 degrees with these measurement directions, and recall, from the beginning of this video, the resulting measurement should be spin up 3/4 of the time. Since these measurement directions will be randomly selected 2/3 of the time, particle B will give spin up 2/3 times 3/4 equals half of the time. So both detectors should give the same results half of the time, and different results half of the time, which is exactly what we see in the experiment. So quantum mechanics works. But there is debate over how to interpret these results. Some physicists see them as evidence that there is no hidden information in quantum particles, and it only makes sense to talk about spins once they’ve been measured, whereas other physicists believe that entangled particles can signal each other faster than light to update their hidden information when one is measured. So, does this mean that we can use entangled particles to communicate faster than light? Well, everyone agrees that we can’t. And that is because the results that you find at either detector are random.

It doesn’t matter which measurement direction you select, or what’s happening at the other detector, there’s a 50/50 probability of obtaining spin up or spin down. Only if these observers later met up and compared notebooks, would they realize that when they selected the same direction, they always got opposite spins. Both sets of data would be random, just the opposite random from the other observer. That is, indeed, spooky, but it doesn’t allow for the communication, the sending of information from one point to another, faster than light, so it doesn’t violate the theory of relativity. And that, at the very least, would make Einstein happy. 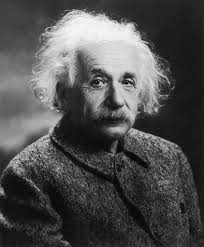 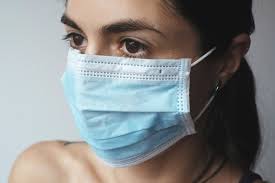